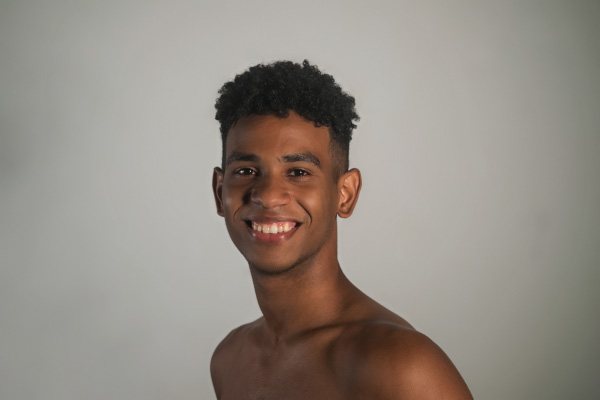 Born in Santiago de Cuba. Chay began his dance studies at the José María Heredia Vocational School of Art in 2011. He was an outstanding student and was selected as the most versatile student on the scene in 2015, for his ease in assuming different dance styles. In 2017, he began studying at the Acosta Danza Academy, under the direction of Carlos Acosta. As a student he has participated in many performances for both the academy and the Acosta Danza. His performances have included; Justin Peck’s Belles-Lettres; Around there is nothing, by Goyo Montero; Majísimo, by Jorge García; Tocororo Suite, Don Quixote Suite and Carmen, by Carlos Acosta; Bridges, by Pedro Despaigne and Yo, tú, él, ella, by Ely Regina. In January 2020, Chay was selected to participate in the awards gala of the 48th edition of the Grand Prix de Lausanne. as part of the Choreographic Project directed by the artist Mauro Bigonzetti. In 2021, he performed the solo Guernica, a choreography that won first place and an award for the interpretation of the First Choreographic Contest organized by the Academy in 2021. With this same piece he also won the second prize in the International Choreography Contest of the Lizt Alfonso Dance Cuba company in 2021. Chay is a graduate from the first intake of dancers in the Acosta Danza Academy and joined Acosta Danza in 2021.