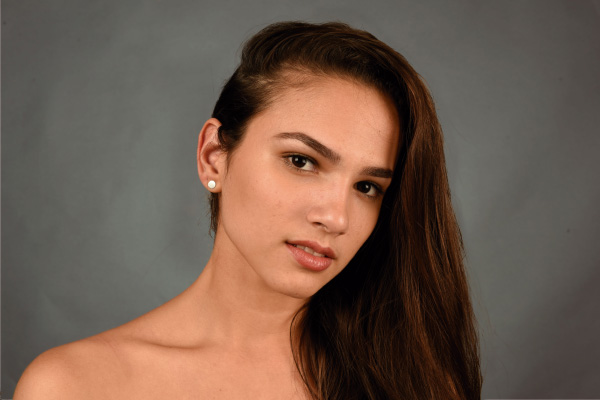 She was born in the Artemisa province. At the age of ten, she began her classical ballet studies at the Cuba-Canada Vocational School ofArt. She continued her training at the Fernando Alonso National Ballet School. During those years she obtained, among other recognitions, the Female Bronze Medal, in the modality, pas de deux in the XIV International Competition for ballet students held in Havana in 2017. That same year she participated in a summer course in Utah, U.S. In 2018 he finished her studies with a Gold Title and joined the cast of the National Ballet of Cuba, under the general direction of Alicia Alonso. In this company she was part of the cast of titles of the historical repertoire such as Giselle, The Swan Lake and the suite of Sleeping Beauty of the Forest, in Alicia Alonso’s versions. Torres also danced Prologue for a tragedy, choreography by Brian MacDonald; The Cinderella, by Pedro Consuegra; The magic flute, by Alicia Alonso; Prospero, by Cathy Marston; Tierra y luna, by María Rovira and La forma del rojo, by Ely Regina Hernández. Since January 2019  she starts working with Acosta Danza.