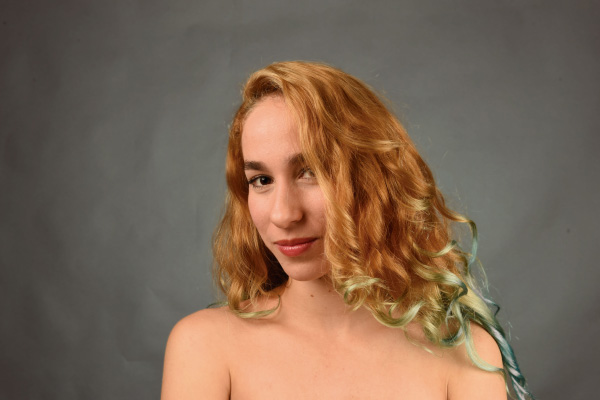 She was born in Havana and began her studies in 2003, at the Elementary School of Ballet Alejo Carpentier. Five years later she continued her training at the National School of Art, specializing in modern, folkloric and contemporary dance. During this period, she choreographed Ventana 7, a piece presented at the Impulso Festival organized by the company Danza Retazos. In 2009 she participated in an academic exchange with schools in the United Kingdom, with the choreography Cambio, created by Kerry Nicholls. In 2012 she graduated as a professional dancer and became part of the company Danza Contemporánea de Cuba, under the direction of  Miguel Iglesias. Together with this company, she performed on stages in Colombia, England, Mexico, Ecuador, Switzerland, Germany, Russia, the United States, the Principality of Monaco; and danced choreographies such as Mambo 3XXI, Identity-1, Matria Etnocentra, R = V (The Camel Criterion), Carmina Burana and Mozart’s Requiem, by George Céspedes; The Crystal, The walls are gone, Second skin and Coil, by Julio César Iglesias; DCCrama, by Norge Cedeño; Caprisis, by Àngels Margarit; Demo-N / Crazy, by Rafael Bonachela; Compás, by Jan Linkens; Cuban Tangos, by Billy Cowie; Consecration, by Christophe Beránger and Jonathan Pranlas-Descours; Beyond the dust, by Miguel Altunaga; Equilux, by Fleur Darkin; Reversible and Heterodox, by Annabelle Lopez Ochoa The loves of Mars and Venus, by Lea Anderson; and Theo Clinkard’s The Listening Room. In January of 2019 he became part of the cast of Acosta Danza.