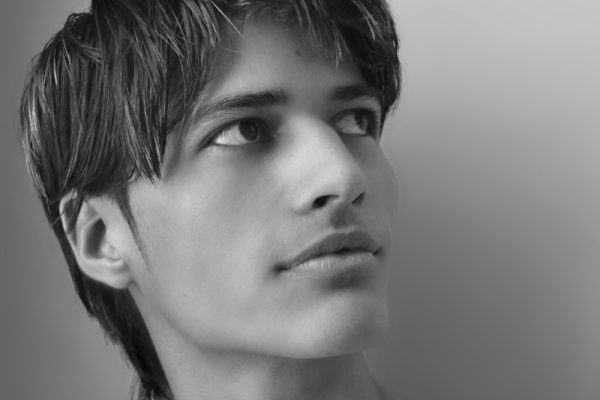 Born in Pinar del Río, Cuba, Corrales started training in 2003 at Pedro Raúl Sánchez Vocational Arts School. In 2005 he continued his studies at the Academy for the Arts Vicentina de La Torre, Camagüey. After graduating as a dancer and ballet professor, he began working with the Ballet of Camagüey, achieving the place of coryphée. He has danced traditional ballets including Swan Lake, the pas de trois of the Fairy Dolls in Don Quixote and Flames of Paris. His repertoire also includes the principal roles in ballets by Cuban choreographers such as Muñecos (Toys) by Alberto Méndez, Majísimo by Jorge García, Nisi Dominus by Jorge Lefebre, El beso de la muerte (The kiss of the death) by José Antonio Chávez, and the contemporary ballets Peregrinos, Cantuus Perpetuus and Bolero and Benedictus by Gonzalo Galguera.