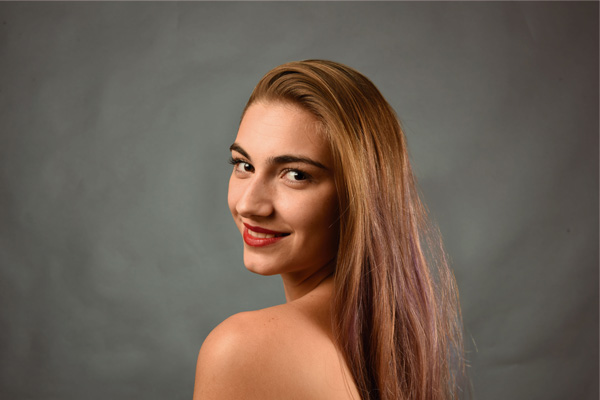 She was born in London, England. In 2005 she began his studies at the Elementary School of Ballet “Alejo Carpentier” and then, in 2010, at the National School of Ballet “Fernando Alonso”. She graduated Suma Cumme Laude in 2014 as a dancer and ballet teacher and joined the cast of the National Ballet of Cuba, under the general direction of Alicia Alonso. With this company she performed on stages in America, Europe and Asia. She has danced as a soloist in titles of dance romanticism such as Giselle; also in works of the classical period: Swan Lake, Nutcracker, Don Quixote, Paquita Grand Pas, La fille mal gardée, La Bayadère Grand Pas; and in pieces of the Cuban repertoire: La Commedia é … danzata, A la luz de tus canciones, Sombras de un vals and Dido abandonada, by Alicia Alonso; Cinderella, by Pedro Consuegra; Un concierto en blanco y negro, by José Pares, El relato and La forma del rojo, by Ely Regina Hernández; Didenoi, by Maruxa Salas and Sinergia, by Luis Serrano. She has also worked with choreographers such as Annabelle López Ochoa (Oscurio). In 2019 she starts to be part of Acosta Danza.