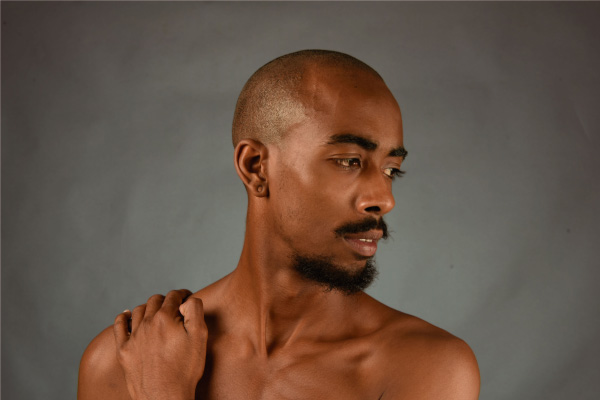 He was born in the province of Guantánamo. He began his dancing studies at the Regino E. Boti School in 2006. In 2009, he continued his studies at the José María Heredia School in Santiago de Cuba. In 2012 he graduated as a professional dancer and joined the cast of the company Danza Libre, from his hometown, under the general direction of Maestro and choreographer Alfredo Velázquez. In 2013 he became part of Contemporary Dance of Cuba, directed by Maestro Miguel Iglesias. In this company he reached the rank of first dancer and performed choreographies such as Mambo 3XXI, Identity-1, Matria Etnocentra, R = V (The criterion of the camel), Carmina Burana and Requiem de Mozart, by George Céspedes; Return, by Alexis Zanetti; El Cristal, by Julio César Iglesias; Transire. Without wanting to look back, by Norge Cedeño; Caprisis, by Àngels Margarit; Cuban Tangos, by Billy Cowie; Reversible, by Annabelle Lopez Ochoa; Segunda piel and Coil, by Julio César Iglesias; Consecration, by Christophe Beránger and Jonathan Pranlas-Descours; Beyond the dust, by Miguel Altunaga; Equilux, by Fleur Darkin; Reversible and Heterodox, by Annabelle Lopez Ochoa The loves of Mars and Venus, by Lea Anderson; and Theo Clinkard’s The Listening Room. As part of Danza Contemporánea de Cuba he performed instages in the United Kingdom, the Principality of Monaco, Mexico, the United States, Germany, Russia, Switzerland. Since 2019 he has been a dancer of Acosta Danza.